The fog was still thick as the ship got underway. 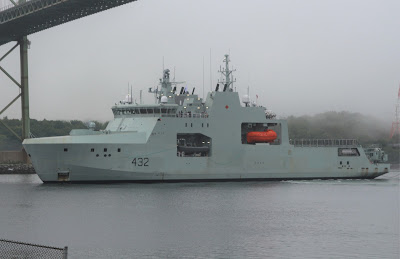 As it approached the MacKay bridge, the tug Atlantic Fir peeled off and returned to base, and the fog had dissipated enough for a clear view.The tug Atlantic Willow followed, in case it was needed, but with a slack line.