It was a busy morning (July 15) for the Royal Canadian Navy. Two frigates returned from NATO assignments, accompanied on the last leg of the trip by a supply ship.

The first movement however was the departure of HMCS Moncton MM 708, displaying its Battle of the Atlantic disruptive (camouflage) paint scheme. It met the inbound ships outside of the Maugher's Beach lighthouse. 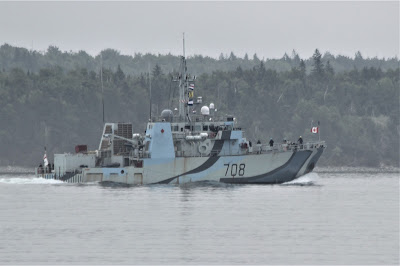 The frigates emerged from the fog and were greeted in the Middle Ground and escorted into the harbour by the Halifax Fire and Emergency Services Fireboat 1, Kjipuktuk, with an impressive water display. 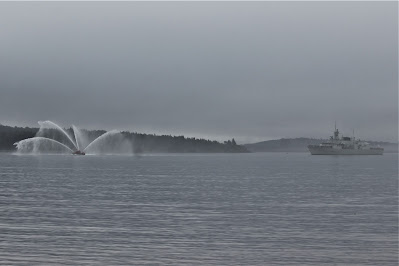 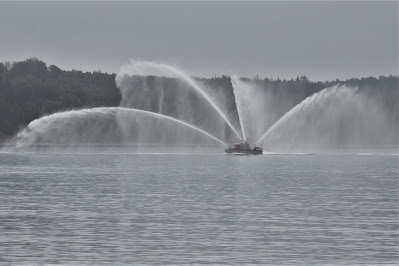 The first ship in line was HMCS Montreal FFH 336, which has been away since January 19. 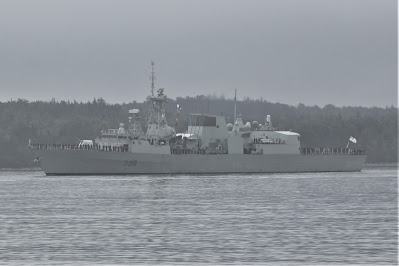 It was followed by HMCS Halifax FFH 330 which left its home port March 19. 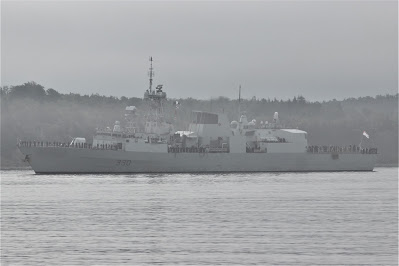 The ships sailed in west of George's Island, allowing close up views, and meant that the ships were within vocal range of shore. Spectators at Pier 20 could see and hear (and be heard by) those on the ships. As usual, all available hands were on deck. 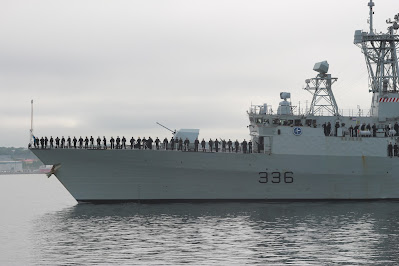 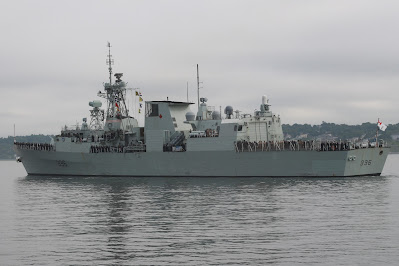 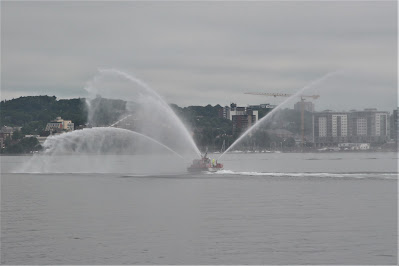 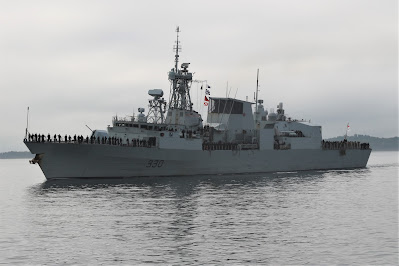 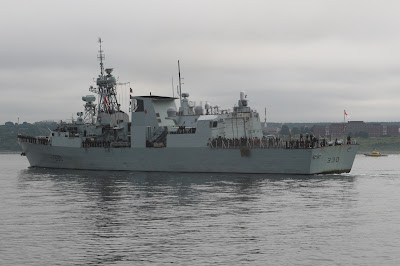 Following the frigates was the supply ship Asterix [not pictured] which sailed from Halifax July 6. It met the frigates off Newfoundland and accompanied them for a port call in St.John's last weekend.

Although Montreal and Halifax have returned from Operation Reassurance, two RCN coastal defence vessels, HMCS Kingston and HMCS Summerside sailed from Halifax June 26 for the Baltic to join the same operation.