It is an odd day when there are no commercial arrivals in the Port of Halifax. Today, July 16, was one such day. The only arrival was the patrol vessel CCGS Constable Carrière. 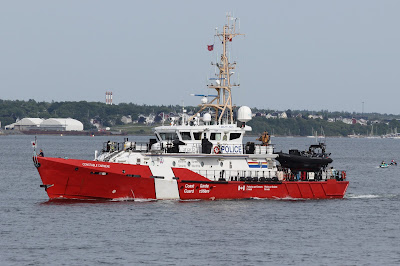 Normally based in Quebec, the vessel was showing no AIS signal when it arrived this afternoon, so I don't know where it was coming from. The boat is used by the Royal Canadian Mounted Police, and its movements are not publicized. It docked at the Tall Ships Quay - not at BIO.

There were no commercial arrivals but there was a commercial departure and a commercial move. The departure was the Atlantic Star which arrived last night and sailed this afternoon for Liverpool, UK. 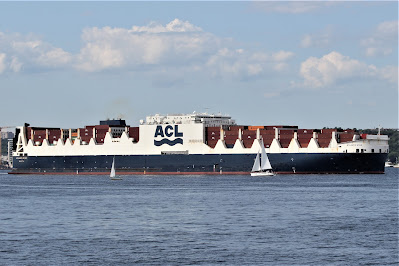 The ship threaded its way through numerous pleasure craft, and there were lots of spectators on the waterfront as the tourist season is at its peak.

The autocarrier Treasurecompleted offloading its non-car cargo at Pier 9C. (See yesterday's post for comparison of the number of units on the dock.) 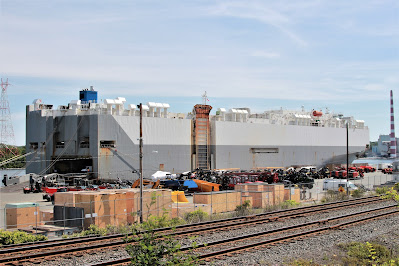 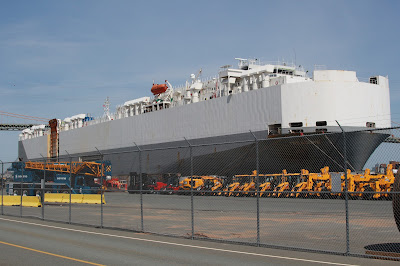 Along with crated machinery, truck cranes, forestry and road construction equipment was the usual fleet of bright yellow JCBs of various sizes and types.

Late in the afternoon the Treasure shifted (also through pleasure craft traffic) to Autoport to offload automobiles. 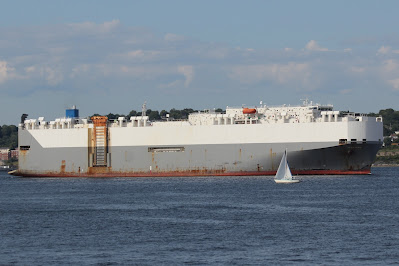 The pleasure craft included sail and motor boats, and there were harbour ferries, tour boats (watch for a future post on that topic) and Harbour Hopper 3. 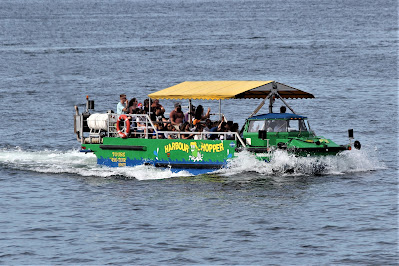