Cars and Gasoline for Cars

The supply of new cars from Europe continues with another Volkswagen charter at Autoport today. SFL Conductor may be a first time caller. (its fleet mate SFL Composer was here June 22.) 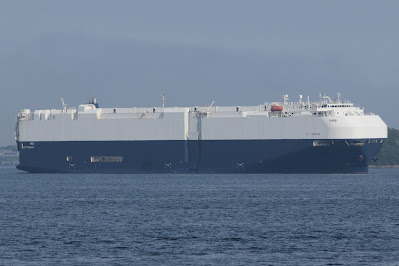 To keep the cars running, the oil companies continue to bring in refined products such as gasoline and diesel. Today's arrival was the Canadian flagged Algosea, docking at Imperial Oil's number 3 dock. 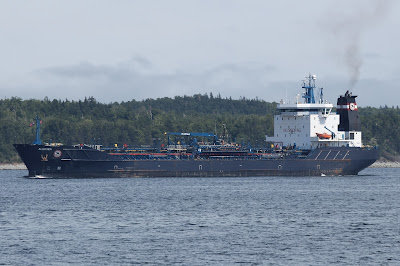 The ship sailed from Sarnia, on July 8 and recorded no port calls en route.

Cars also move to and from Newfoundland thanks to Oceanex, and its Oceanex Sanderling has returned to its regular schedule, arriving from St.John's yesterday (July 13) at Autoport. After loading cars it went to anchorage number 5* in the lower harbour last evening. 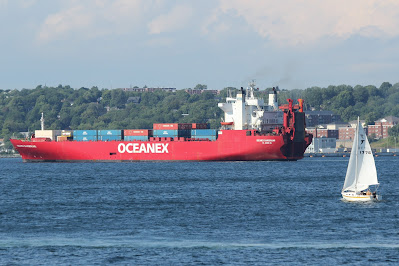 Early this morning it moved to the South End terminal, PSA Halifax Atlantic Hub to work containers and other RoRo cargo. It is due to depart at its usual time of 1800 hrs ADT tomorrow (Friday, July 15).

* I have received requests to give more detailed information about the anchorages in Halifax harbour. I am preparing a map which will be available soon, and I will devise a link from this blog so that it can be accessed for reference.