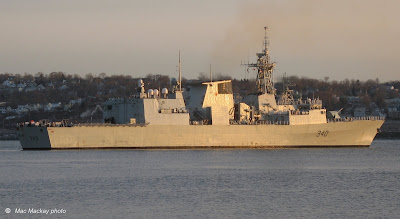 1. HMCS St.John's came in for a PAX (passenger) transfer this morning and returned to sea. 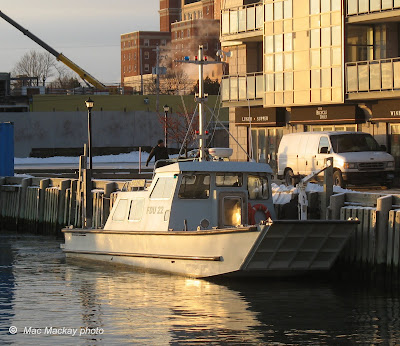 2. FDU 22 Fortune is a multi-purpose work boat attached to the Fleet Diving Unit in Shearwater. It was built by Celtic Shipyard in Vancouver. 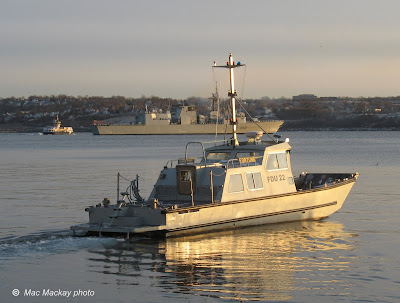 3. FDU 22 gets under way from Bishop's Landing as St.John's heads out, with the Woodside ferry scurrying over for another load of commuters.

There has been a fair amount of navy toing and froing in the harbour over the last few days.
HMCS St.John's has been one of the more visible vessels, coming in and out, and presumably using the sound range. Submarine HMCS Corner Brook has also been active, although it has escaped my camera.
.
Posted by Mac at 8:43 AM