There have been a couple of incidents recently where smaller vessels have crossed the bows of larger ones in Halifax Harbour. One involved a tug, which could have lead to serious consequences.
This morning's incident, which I witnessed, really defies understanding.
A small covered lifeboat, with several persons draped around it - in what may have been survival suits (good idea boys!) would not give way to the containership Antwerpen Express (54,437 gross tons, built 23000, 4890 TEU.) The ship was inbound for Fairview Cove and was passing west of George's Island to avoid two navy tugs, one with a barge (which could easily have given way to the ship also, but that is another story.)
Even when the container ship sounded a warning signal, the lifeboat blithely carried on crossing the ship's path. There may have been radio contact between the two, I don't know, but the lifeboat certainly didn't take advantage of several hundred feet of safe territory between it and the shore. A port to port passing was certainly entirely feasible, and there was no need for the lifeboat to cross the ship's bow.
In my opinion they endangered themselves for no good reason. 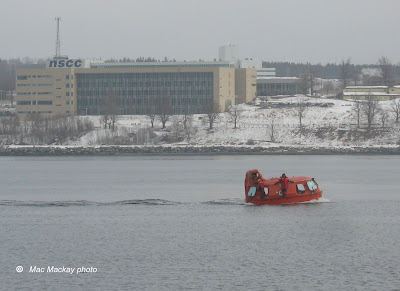 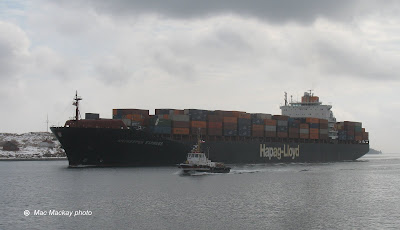 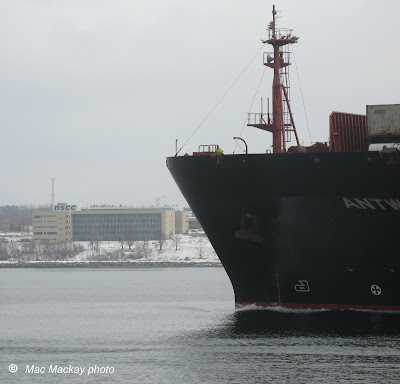