Halterm to get new cranes 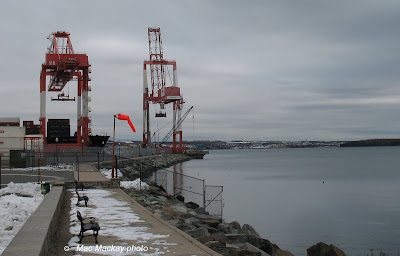 1. Pre-expansion photo of Halterm showing old crane on the right, newer Post Panamax crane on the left. The old crane does not have the height and reach to serve larger ships. 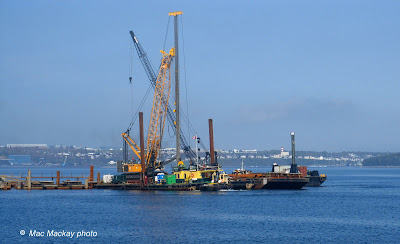 2. McNally Construction at work on the pier extension to be completed next year.

While some reports imply that the new cranes will be in addition to the present cranes, it is my opinion that the two oldest cranes, dating from the 1970s may well be replaced as they are rarely used. They are too low, and don't have enough reach for many of the large ships currently using the pier.

The new cranes are expected to be faster and capable of carrying more containers and heavier loads than even the biggest Post Panamax cranes already in use at Halterm. They will also have sufficient reach to unload the largest ships expected at Halterm.