Kingston off for refit + addendum 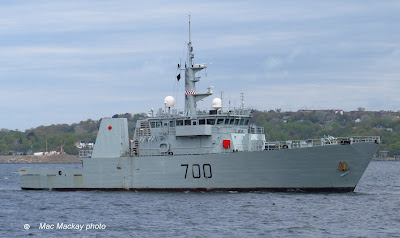 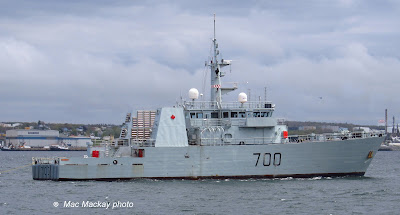 HMCS Kingston left Halifax at noon time for refit. The lead vessel in the Kingston class of Maritime Coastal Defense Vessels left as a dead ship, in tow of CFAV Glenbrook. CFAV Merrickville assisted and took off the deck crew once the unwieldy tow was under way into a stiff breeze.

Laid down at Halifax Shipyard December 12, 1994, it was launched August 12, 1995. After a significant trials period, in which inherent stability* issues were addressed, the ship was commissioned September 21, 1996.
A mid-life extension refit program for these ships was cancelled last year. The ships were to have been refitted to last until 2040 -2045, but due to their under-performance** it was decided instead to replace them in 2020.


Addenda
* this term has been disputed by a well informed source. All issues were resolved during inclining tests and before delivery with a minor ballast adjustment to compensate for assymetrical equipment layout.
** this term has also been disputed. The ships met specification completely and even met projected end of life requirments.
Since these ships are crewed entirely by reservists, and see only limited year round duty, it is more likely that the ships were considered to be "under-utilized" by the bean counters. This may be the reason for their projected short lifetime.
They have made transatlantic trips, and are without doubt well built.
Posted by Mac at 12:58 PM