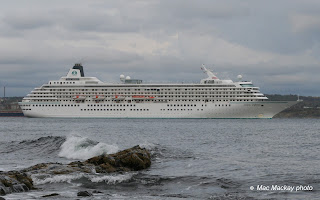 Today's objective was to see Crystal Symphony as I had not taken a photo of her yet this year. She called in September and has two more visits after today.
Built in 1997, the ship carries 960 passengers and measures 50,202 gross tons. The only difference in the ship since the first photo I took of her in 1997 is the addition of a second satellite dome - the somewhat larger and lower one on the port side.
Today was supposed to be a two cruise ship day, with Norwegian Gem as the second ship, however rough weather forced Maasdam and Regatta to skip Charlottetown yesterday, so they arrived here today, a day early. Maasdam tied up at pier 27-28 and took bunkers. She will move to pier 22 this evening and sail tomorrow on schedule. Regatta sailed today for Saint John. 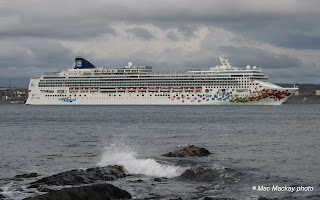 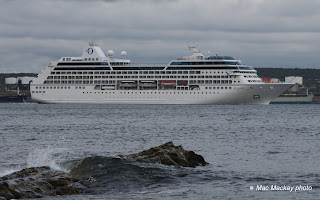