Amphibex wins one from the Gipper

Normrock, the Terrebonne QC builder of the amphibious excavator Amphibex has received a letter of determination from the United States that its units assembled in Panama City FL will qualify under the Jones Act for coastal trade, provided the hull and superstructure are entirely assembled in the US.
The Jones Act is far more restrictive to coastal trade in the US than the Canada Shipping Act is for cabotage in Canada. The Amphibex, was designed in Canada and will have some Canadian components, and with Jones Act compliance it will likely mean a very big boost to the Amphibex business.
There are a gazillion pictures on line showing the Amphibex working in ice, in swamps and other interesting environments, which would not seem to resemble coastal trade.However as a self-propelled water craft I can see where the Jones Act would apply.
I enjoyed seeing one of the units at work in 2003:

1. An Amphibex is delivered by truck to a convenient position near the work. 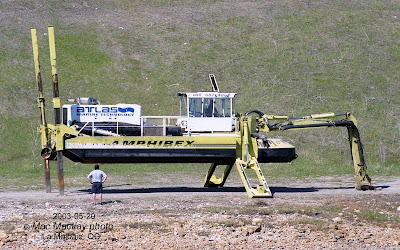 2. The unit can then walk itself (awkwardly) to the water, using its spuds, and boom. 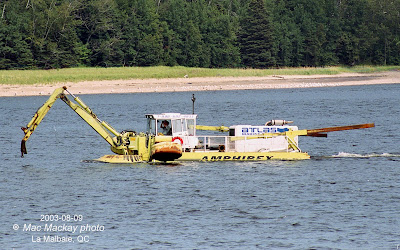 3. It then propels itself to the work site. 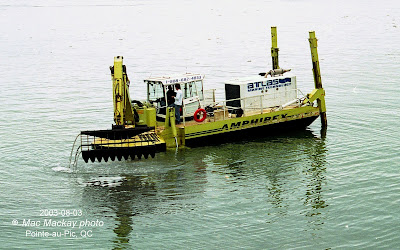 4. Using a number of tools, the unit can rake, dredge, grade or do other construction work. 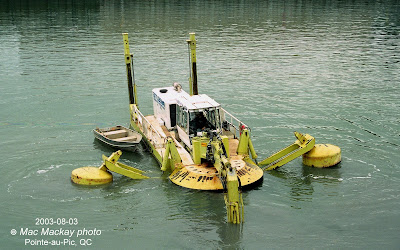 5. Float pontoons and spuds allow the unit to move around in very shallow water.