HMCS Iroquois - what a difference a year makes

It was just over eleven months ago that I took a picture of HMCS Iroquois from the harbour ferry Christopher Stannix. At that time the Tribal class destroyer was alongside at HMC Dockyard, with a shore feed of steam and some members of her crew removing ice from her deck. 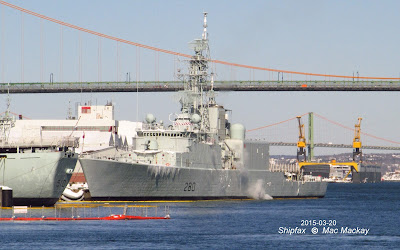 Today (as she was last week, when I misidentified her originally) she is boomed off at November Bravo with no signs of life. Not only that her pennant number has been painted over and her aerials and weaponry are gone. 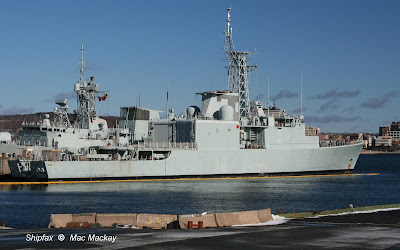 No announcement has been made about her disposal yet, but let's hope that when spring comes she is on her way to Sorel to be preserved.