Back to Normal and belated wishes

The port was back to normal work today, with the usual Saturday activity and some catch up work.
Federal Churchill was under the spouts at pier 28 loading wood pellets and displaying an attractive hatch cover, not usually visible except from aboard the ship. 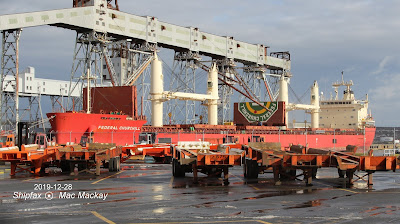 As with many bulk carriers, there is a designated helicopter landing spot marked on the hatch cover between the cranes. However in this case it is more than just a large letter "H" but also an inscription with the ship's name. 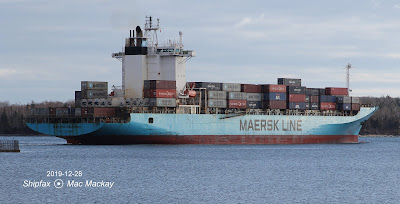 Lightly loaded for its eastbound transatlantic trip, the workhorse ship is beginning to show rust streaks again. By the time spring arrives it will be in serious need of paint.

Autoport was busy too with Victoria Highway unloading its consignment of cars.

Rounding Ives Knoll Victoria Highway heads for sea and its next port.

For some reason I neglected to wish readers a Merry Christmas on December 25 as I usually do. I hope to atone for this oversight by doing so now with the following photo. Probably not original and not unique to Nova Scotia, but appropriate - a lobster trap Christmas tree (with video surveillance). 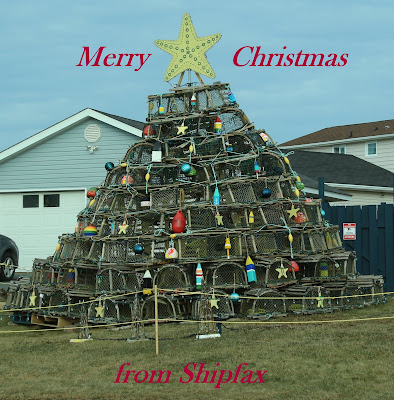