There was no foreign flag shipping in Halifax harbour today. All shipping was Canadian - surely a very rare occurrence.

The Royal Canadian Navy's chartered supply ship Asterix returned to port yesterday after a maintenance session at parent shipyard Davie in Lévis, QC. It refueled at the Irving Oil dock in Dartmouth and this morning moved to jetty Juliet in HMC Dockyard. (Its place at Irving was taken by HMCS Fredericton which sailed later.) 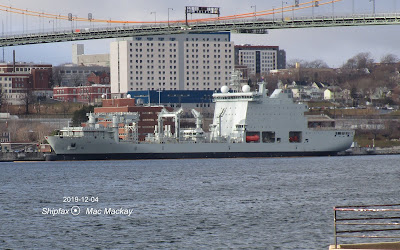 During a brief snow shower, the coastal ConRo Oceanex Sanderling arrived from St.John's. 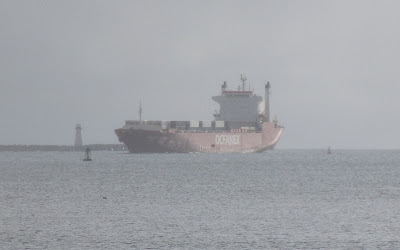 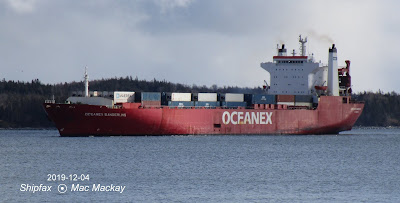 Nolhanva slipped into port around noon time and tied up at pier 27 - not its usual berth at Cerescorp, Fairview Cove. 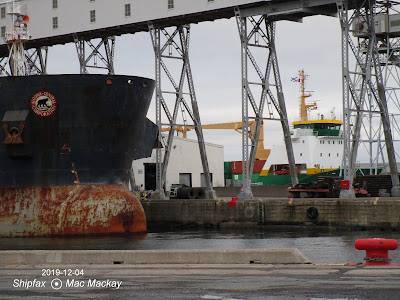 And late this afternoon Radcliffe R. Latimer sailed after unloading its part load of grain. The ship is bound for Lower Cove, NL in ballast. 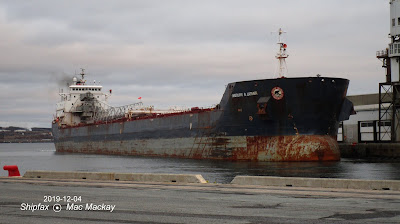