As usual work in the port slows down to a complete halt for Christmas Day and Boxing Day. Rather than having their ships stuck in port for two unproductive days, shipowners like to see their ships at sea. Surprisingly this year there will be a couple of ships in port. Oceanex Sanderling will be at Pier 41 and the tanker Elka Glory at Irving Oil Woodside.

Elka Glory is becoming a regular at Irving Oil after calls in April and November  - all from Amsterdam.

Several offshore suppliers remain in port too, but Atlantic Osprey was off to the Thebaud field this afternoon. 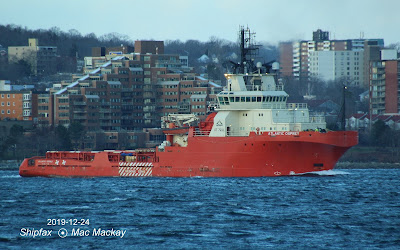 The harbour will be very quiet for a day or two with perhaps only the lobster fishers at work. 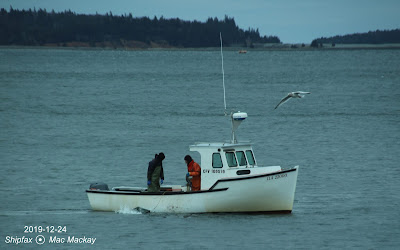