It seems that all the photos I wanted to take today had to be from astern. Not my favorite angle for a ship photo, but that's just the way it turned out.

Ethan tied up at pier 31 and spent the day fueling from RST trucks.  RST is a company owned  by the J.D.Irving side of the Irving family, and not the Irving Oil side of the company. However the trucks generally do carry Irving Oil. 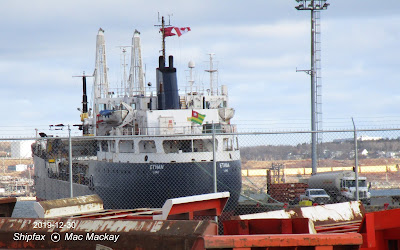 The Togo flag flies from the stern of the Ethan.

The ship may sail tomorrow, with Freeport, Bahamas as its destination. [see previous posts for more on this ship.]

The only vantage points I have to get photos of Fairview Cove result in stern shots, and so it was with Dalian Express and Atlantic Sun. 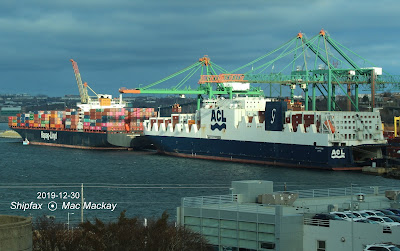 There was no cargo work on Dalian Express but there was a dive tender along side (believed to be Captain's Pride). 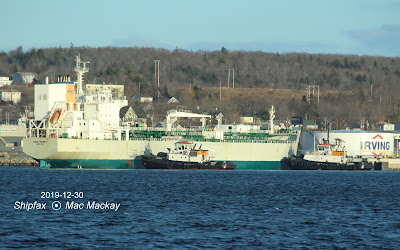 The tanker East Coast made a late afternoon arrival at Irving Oil, Woodside, with the tugs Atlantic Willow forward and Spitfire III.

And at pier 25 the tug/supplier Siem Commander remains idle after towing in the oil rig Noble Regina Allen. 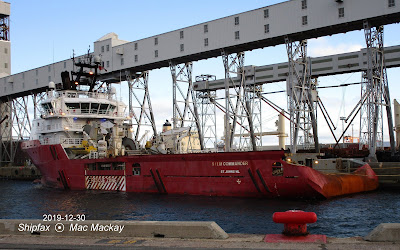 Note in the background, under the spouts, the bulk carrier Federal Churchill due to sail this evening.