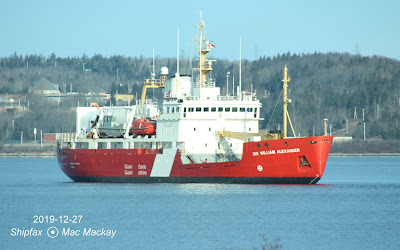 After a lengthy refit that included removing and rebuilding the ship's crane CCGS Sir William Alexander moved out into Bedford Basin for some trials today.

Not far away the MOL Marvel was making its first visit to Cerescorp's Fairview Cove terminal. 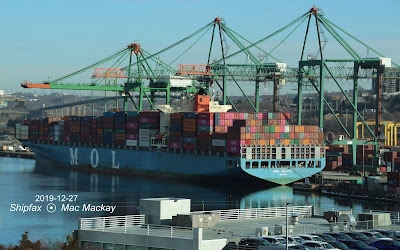 At the other end of the harbour Titania discharged a load of cars at Autoport. 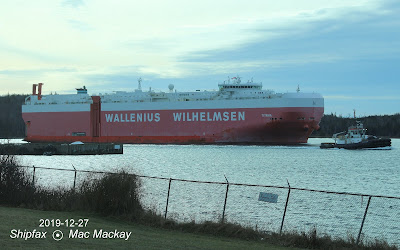 Federal Churchill also got underway to make the short trip from anchorage to pier 28. 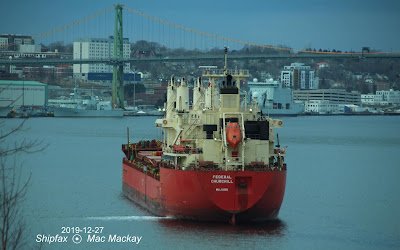 There was more blue to be seen, but it was so far offshore that it was not clearly legible. 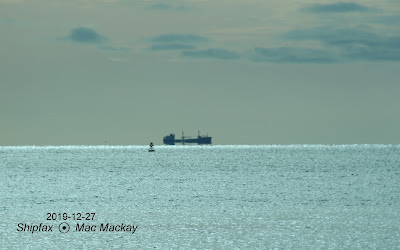 Anchored outside the port limits, Ethan is waiting for something.