Containers: big and twice as big

ONE Magnificence made another visit to Cerescorp, Fairview Cove. The former MOL Magnificence made its debut in Halifax in April 2020 as the first ship to call with the Ocean Network Express (ONE)  magenta hull paint. 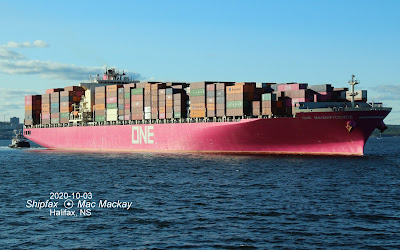 When ONE came up with the magenta hull colour I wondered how it would wear after months of nudging by tugs. The ship looks remarkably fresh however, and if there are touch ups they don;t stand out. 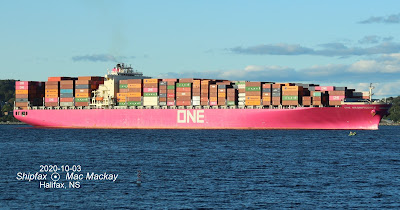 Painted in a serviceable deep blue, the ship was built by Samsung, Koje in 2011.