Cars and Gas for Same

The harbour seemed to be catering to automobiles today with an autocarrier and tankers arriving.

Elka Angelique arrived from Amsterdam for Irving Oil, but anchored until the company tanker Acadian could arrive and discharge its cargo. 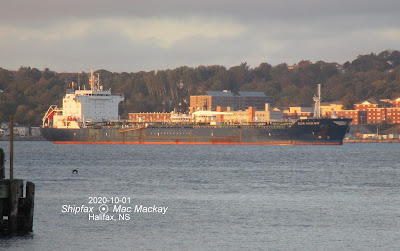 A twin of Elka Nikolas which sailed  September 27, this ship's tonnages of 27,539 gt and 44,781 are almost identical - not surprising since both ships were built by Brodosplit in 2001. Elka Angelique has been here several times since its first call in 2013 and sometimes for Imperial Oil.
Also arriving, first at Pier 31 to offload machinery, Torrens showed off the Wallenius Wilhelmsen Ocean colours in the late afternoon sun. 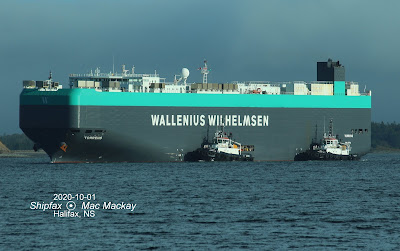 Atlantic Willow (midships) and Atlantic Oak (aft) take hold of the ship to swing it into Pier 31 stern first.

Not all refined petroleum product is used by cars. Some is used by what I would call "counter surfers", one of whom was enjoying a small swell coming in from sea. 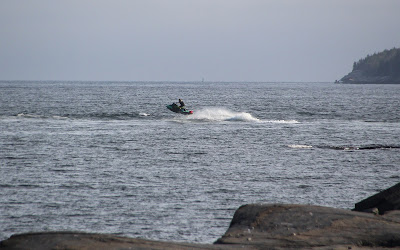