Just off the mouth of Halifax harbour is the settlement of Herring Cove. The sheltered inlet was long the home of harbour pilots and even now provides a drop off or pick up point for the pilots, saving at least a one hour return trip by boat to the inner harbour. 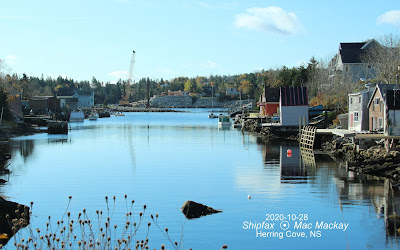 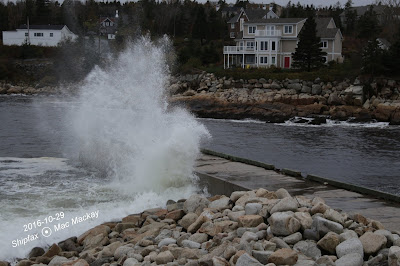 The little jetty certainly did its job under normal conditions, but it took some serious damage during Hurricane Dorion, September 8, 2019. As owners of the structure, the Atlantic Pilotage Authority under took to repair the pier and a new design of armour stone was prepared. Extensive consultation was carried out with the community, all of which has been well documented on the APA's web site: https://www.atlanticpilotage.com/ 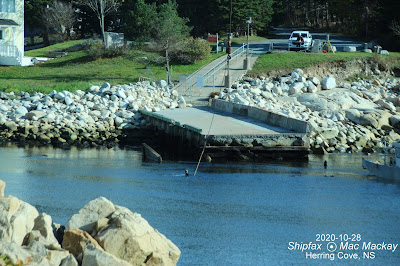 McNally Construction was awarded the repair contract and have now mobilised the crane barge Beaver Kay, dump scow Pitts No.1 and tug Jamie L. from Port Hawksbury and have set up a staging area at Pier 9C to load the armour stone onto the dump barge. 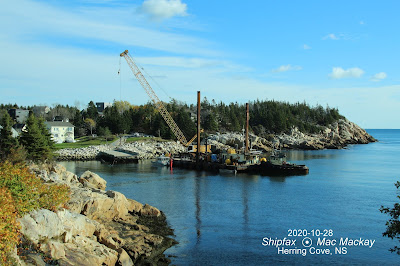 Today, October 28, the Jamie L. moved the Beaver Kay to the site, and divers from Connors Diving are assisting in the process of removing old pilings. 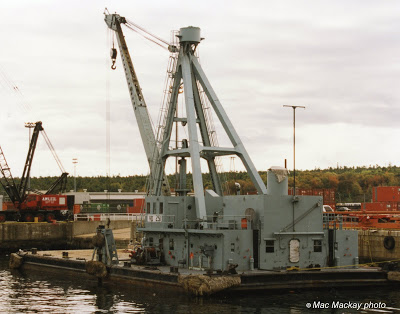 Beaver Kay, is the former HMC Dockyard crane barge YDT 251, built in 1953 by George T. Davie + Sons Ltd in Quebec. It was acquired by Beaver Marine in 1995. They removed most of the superstructure, and employed the 115 ft x 60 ft hull as the working platform for a crawler type crane.  McNally Construction acquired Beaver Marine in 2001 and have continued to use the barge for a variety of projects in the Atlantic region. 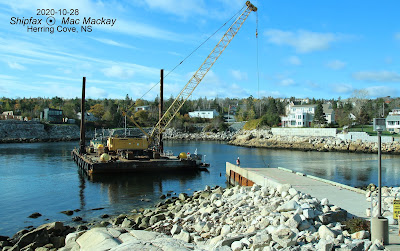