The Atlantic Container Line has been serving Halifax since 1969 with a weekly container and RoRo route from North Europe to the east coast of Canada and the United States and return. The five 100,430 gt sister ships currently maintaining the operation are the fourth generation of vessels running what is acknowledged to be one of the most gruelling year round lines.  Thye are also the world's largeat combination container  / RoRo ships.

The ships usually call in Halifax both east and westbound, although they may bypass from time to time. There is some slack built into the schedule, and once in a while eastbound and westbound ships will meet in Halifax. Such a meet occurred August 10 with the ships passing each other in Bedford Basin. 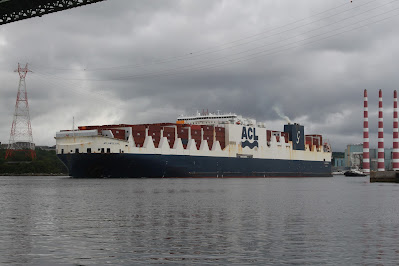 Just passing Pier 9C, the Atlantic Sail is lined up to pass beneath the A. Murray MacKay bridge.

As Atlantic Sail cleared the Narrows, Atlantic Sea with its own escort tug Atlantic Oak was setting its course for the Narrows, having left the inbound lots of room.

Atlantic Sea stood well off in the Basin after clearing PSA Fairview Cove. 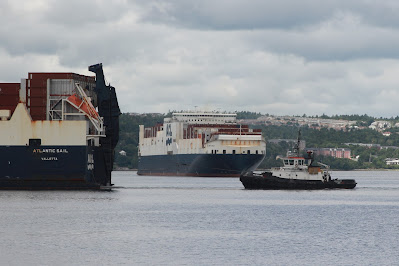 Once there was a clear run, Atlantic Sea made its way toward the Narrows with the tug helping to line it up for mid-span. 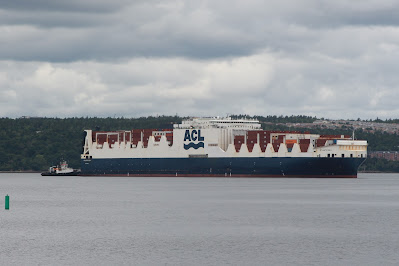 Atlantic Sea headed eastbound and is due in Hamburg August 17. 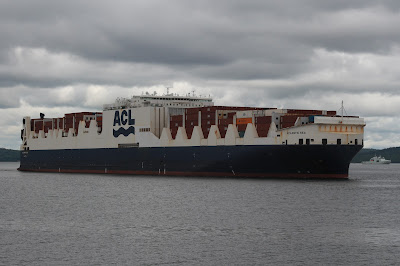 One item of note was the presence of what appear to be orange tarps on the starboard boat deck ventilators on the the Atlantic Sail. Perhaps they are covering some damage caused by an errant container during loading or unloading. 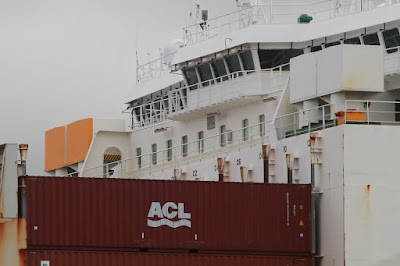