The operation to remove the grounded Hydra Mariner from the shore of Navy Island in Bedford Basin appears to be complete. The former trawler Cape Mira, built in 1963, had been anchored nearby for several years and had gone adrift more than once. However the owner did not remove the ship on its most recent grounding in January 2021 and the Canadian Coast Guard stepped in to clean up and remove contaminants from the hull. Finally this spring the Coast Guard took the final step by arranging for the ship's removal. 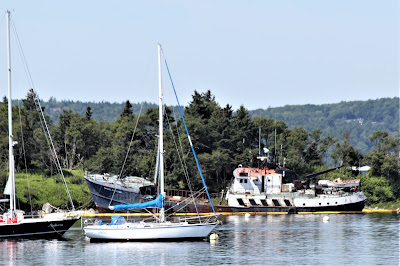 Hydra Mariner solidly aground on Navy Island near the Dartmouth Yacht Club moorings.

Marine Recycling Inc of Port Colborne, ON, with facilities in Point Edward (Sydport), NS were engaged to remove the vessel. They elected to cut it up in chunks in situ then barge those to Sydport for recycling. The McKeil Marine barges MM 143 carrying equipment, including a large Manitowoc crawler crane, and MM 161 with scrap skips and other gear arrived in Halifax July 15 in tow of the tug Tim McKeil. With the assistance of Dominion Diving tugs, the barges were secured adjacent to the Hydra Mariner and the work began. 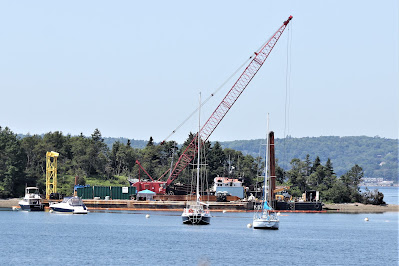 The barges in place and ready to begin operations.

The Canadian Coast Guard pollution response team stood by the operation as well in case of release of contaminents, but the area was well boomed off, and if there was a spill it could be cleaned up quickly. Among the equipment on the barges was a suction truck and other pollution removal equipment. There were also some Poseidon sectional scow components on hand for use as floating work platforms. 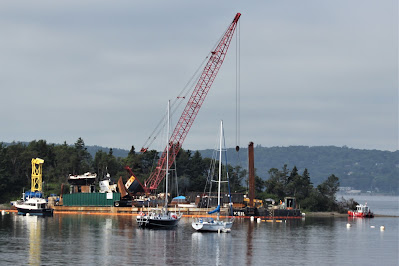 As expected the hulk did not offer much resistance and it was soon reduced to chunks.The chunks were apparently about as large as the crane could lift.

Last evening (August 8) Dominion Diving tugs relocated the two barges, carrying the remains of the Hydra Mariner to Pier 9B to await the McKeil tug to tow them to Sydport. 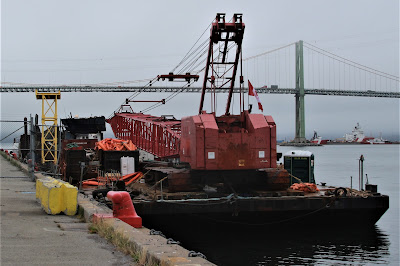