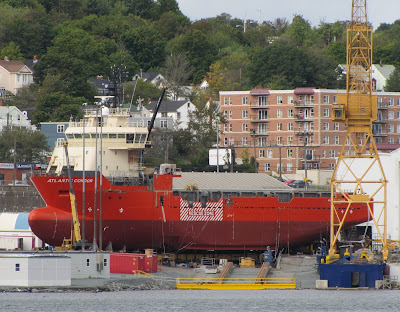 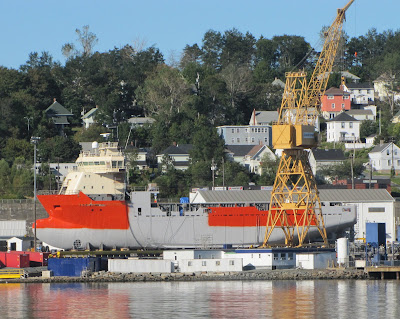 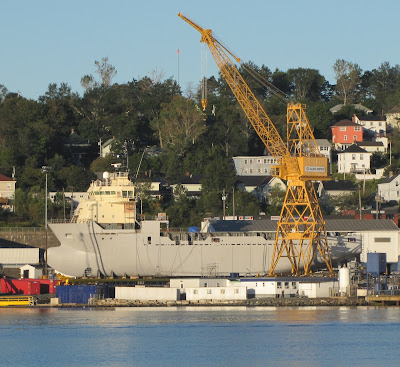 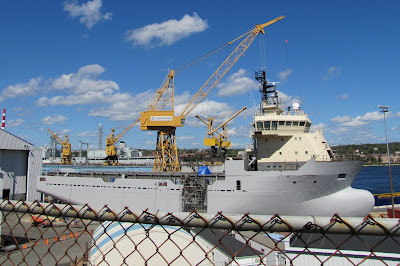 
Late last month Halifax Shipyard rolled out the hull of the new offshore supplier Atlantic Condor. Once it was out of the building hall, the superstructure was lifted on and installed. The yard lost no time in painting the hull and preparing it for launch.
Now dominating its section of Barrington Street, the ship will be rotated on a turntable and launched bow first.
To be owned and operated byAtlantic Towing Ltd, the ship will be used to support the Deep Panuke gas project off Sable Island. The ship has no towing ability, but will carry a variety of cargo types, on deck and in hull tanks. It is an Ulstein 755L design.
Posted by Mac at 7:26 PM