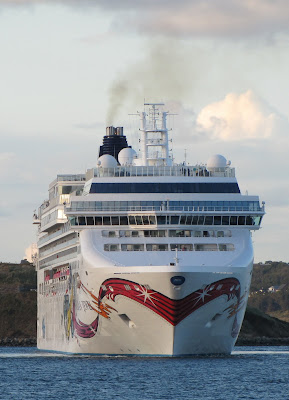 2. Norwegain Jewel, clear of pier 31, turning to head out. 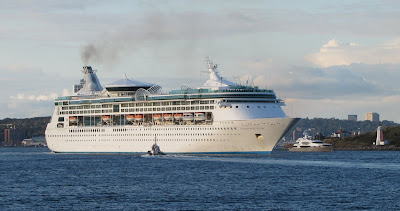 3. Enchantment of the Seas clear of pier 22, heading out, with the yacht Destination Fox Harb'r Too on her port bow. The pilot boat APA No.18 returning to port. APA No.1 is out at the pilot station. 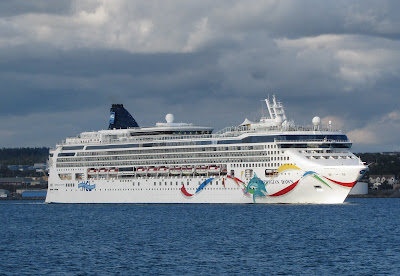 4. Norwegian Dawn has departed pier 20, and has gone north about George's Island, now heading out to sea.


It was a big cruise ship day, with three ships in port. Enchantment of the Seas, Norwegian Jewel and Norwegian Dawn did a good job of covering the waterfront. Norwegian Jewel had to tie up at pier 31, which had been unusually busy with break bulk cargo.
The unfortuinuate habit of NCL to add graphics to their hulls does little to improve the look of the ships in my mind, but here they are for better or for worse.
Posted by Mac at 9:13 PM