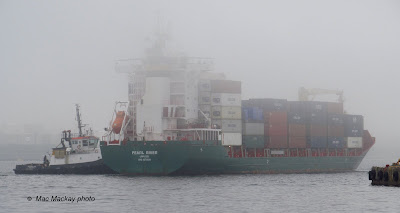 1. Pearl River looms out of the fog as she backs in toward pier 25. 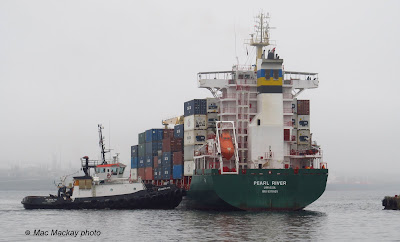 2. Atlantic Fir straightens the ship out to come in alongside. 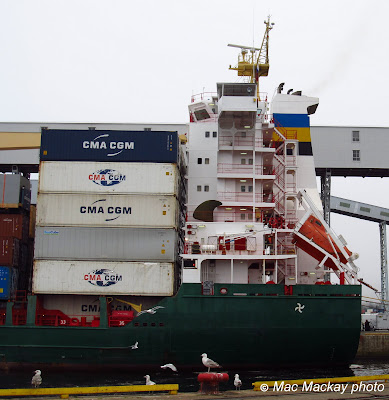 3. A spare prop blade, and railings carefully picked out in red. Note there is no hold space below the stack of containers forward of the bridge- that is engine room space below deck.


The CMA CGM container ship Pearl River worked at Halterm today then moved to pier 25. Built in 2008 by Qingshan Shipyard in Wuhan, China, the ship has a capacity of 1118 TEU (including 220 refrigerated) and has tow 45 tonne cranes. It measures 9940 gross tons.
The ship was built as Pearl River, but renamed CMA CGM Sierra shortly afterwards, It reverted to Pearl River in 2009, but still works for CMA CGM.
The ship got away from pier 42 without a tug, but was met off pier 25 by Atlantic Fir which brought it in.
Posted by Mac at 8:52 PM