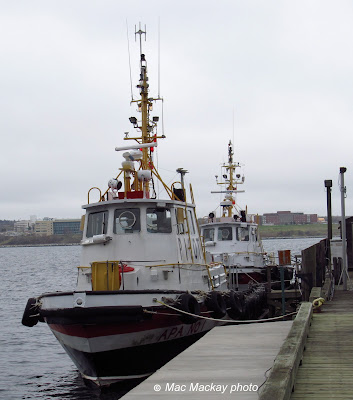 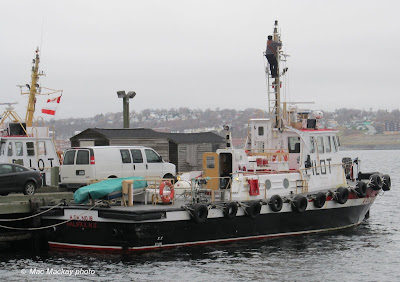 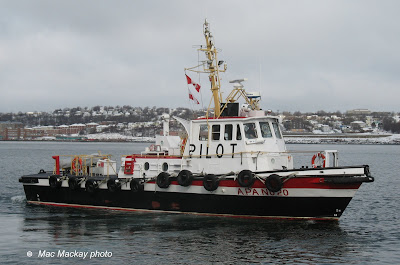 3. A.P.A. No.20 shown leaving the dock 2011-02-08. Built of aluminum, these were fairly revolutionary boats when built, but borrowed their looks from US Gulf Coast crew boats.

Early in February the Atlantic Pilotage Authority signed a contract with ABCO Industries of Lunenburg to build two new pilot boats - one each for Halifax and Saint John. The new 17 meter aluminum boats capable of 18 knots are sisters, designed by Lengkeek Vessel Engineering of Dartmouth.

The current Halifax fleet, which normally consists of two boats is certainly in need of replacement. It is unfortunate that APA cannot justify two new boats at this time, but the cost of the boats must be recovered from pilotage fees (and new boat surcharges) imposed on harbour customers. Saint John already has one newer boat, and so perhaps in time Halifax will get another new one.

The current trend world wide for pilot boats is to go big and go for speed. It is interesting that these new boats will be almost 2 meters shorter and 1 knot slower than the current ones.

The current boats have certainly served well as noted previously. A.P.A No. 18 and A.P.A. No. 20 were built in 1974 and A.P.A No.1 in 1976, all by Breton Marine of Point Tupper. Based on a US crew boat design, there were also several sisters built on the west coast for the Pacific Pilotage Authority. They have also come up for replacement.