Another of the world's largest Pure Car and Truck Carriers arrived today. It is part of the Wallenius-Wilhelmsen fleet, but unlike the recent caller Faust (with a 7500 car capacity) this one is part of the Wilhelmsen half of the consortium.
All Wilhelmsen ships are named for places beginning with the letter "T" , and so the capital of Albania is recognized with Tirranna. Built in 2009 this one measures 71,673 gross tons and has a 7260 car capacity.
She first arrived at Autoport thois morning where she disgorged cars. Then late in the afternoon moved over to pier 30-31 where she unloaded some mobile cranes and various crates and other material. Her departure time is 2000 hrs.

1. Tirranna dwarfs the pier at Autoport this morning. 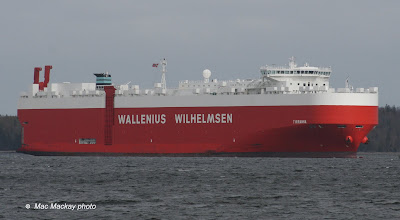 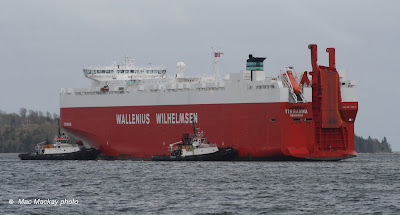 3. Turning off the pier to back in with the help of Atlantic Fir and Atlantic Larch. 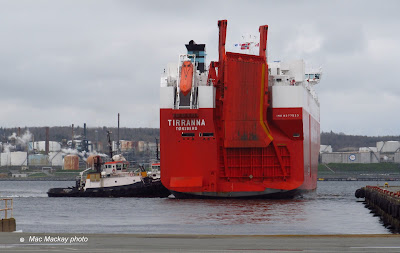 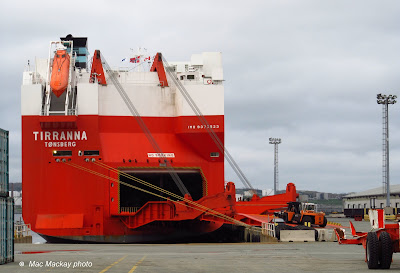 5. The ship's ramp has a 320 tonne capacity, which will not be severely tested on this particular visit.