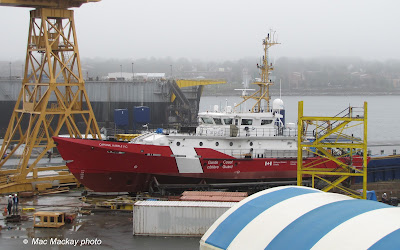 Early this morning preparations were well under way for the scheduled noon time launch of CCGS Caporal Kaeble V.C., the second Hero class patrol boat under construction at Halifax Shipyards.
The first boat in the series, Privarte Robertson V.C. was delivered this summer and is now in Hamilton, ON. It sailed under its own power, putting on quite a display as it sped up the St.Lawrence River. 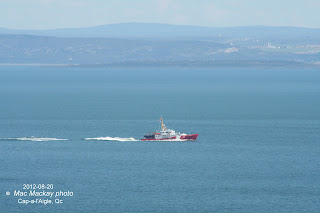 Following the launch, which was shrouded in fog, the tugs Atlantic Oak and Atlantic Larch took control and moved to the Machine Shop Wharf. Connors Diving removed the launch cradle and the tugs gently moved the ship to its fitting out berth at Pier 9 B:
3. 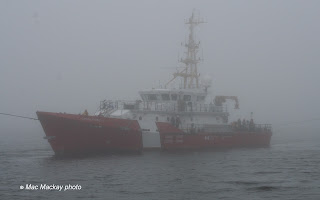 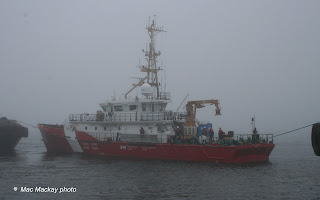