In port R and R

It was an idyllic evening in Halifax and that was embodied by by HMCS Summerside resting at anchor in Bedford Basin, with its anchor cable straight up and down. 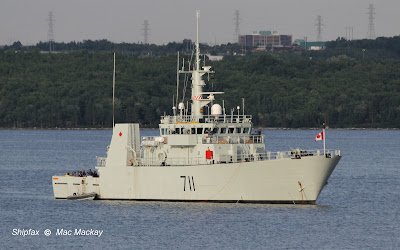 It looked like a pinic on the after deck, but apparently this was a well earned rest. Summerside and CCGC Cape Edensaw (note correct spelling - the JTFA doesn't know how to spell it) figured in a medical evacuation from a fishing vessel off Halifax at some point today. The CCG lifeboat is based in Sambro and landed the patient there where he was taken to hospital by ambulance.

JTFA identifies the fishing boat as "IVO" but I don't know of any boat with that name.