Although there has been no public statement all must not be going well for ACL's new G4 class ConRo ships. Two of the first three ships in the series have had problems with delays due to mechanical issues, but so also have the aging G3s, two of which are still in  service many months after they should have been replaced. 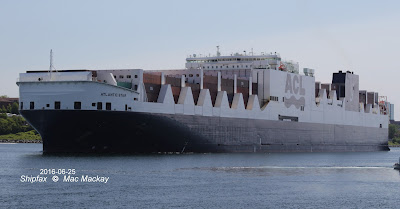 The first new G4 ship, Atlantic Star was hung up in Halifax on its maiden voyage with a stuck stern ramp.It also had a blackout and more ramp issues on the return leg and in September went into the Blohm and Voss Shipyard in Hamburg for work.
Number two, Atlantic Sail, had mechanical problems and was restricted in Halifax in September.
Number three, Atlantic Sea has not had any problems in Halifax.
The fourth ship in the series, Atlantic Sky was on sea trials from Shanghai in late July, returning to port July 20, but it has not entered service yet.
The fifth and last, Atlantic Sun only completed sea trails November 20. Delivery therefore may still be months away, when all the ships were to be in service in 2016.

However we may get a treat on December 22 when both Atlantic Sea and Atlantic Sail are due in Halifax on the same day. 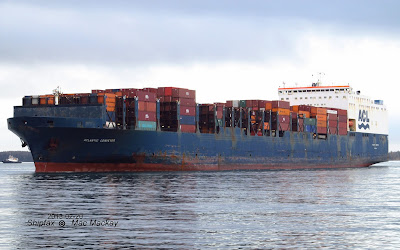