Big Day in the Port of Halifax

It was a big day in the port of Halifax in many ways. 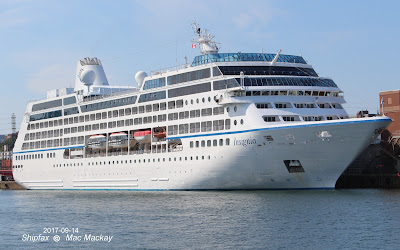 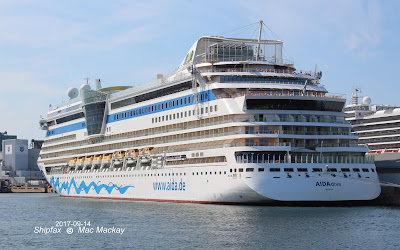 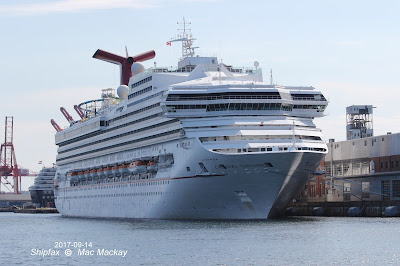 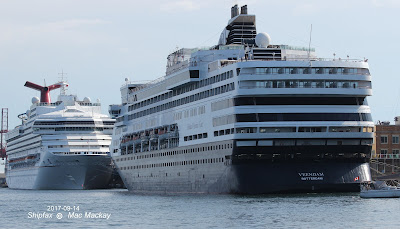 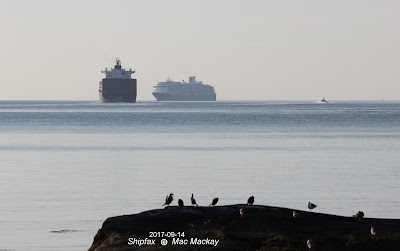 The container ship Itea outbound early this morning with the Zuiderdam inbound.

It was also another big day for ZIM as one of its 10,000+ TEU ships arrived. Zim Antwerp was also here in June and was the second ZIM ship of that size to call here.

While not a large ship by Autoport standards, Siem Cicero is quite new, having been completed as recently as June of this year by the Uljanik shipyard in Pula, Crotia. 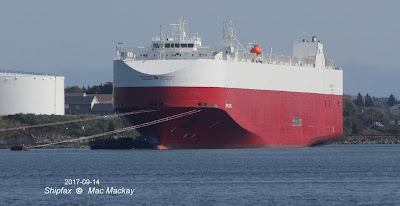 And at Irving Oil in Woodside, a relative rarity, a Maersk tanker.

Maersk Matsuyama dates from 2008 when Onomichi Zosen in Japan delivered the 26,911 grt, 47,165 dwt handysize tanker. As usual with foreign flag ship (in this case Panama) at Irving Oil, it arrived from the Netherlands with refined product. We should expect European import cargoes at Imperial Oil too after recent events in the southern US.

On top of all this September 13 and 14 are the annual Port Days where the Halifax Port Authority organizes a number of events to highlight the Port. [ A boat trip around the lower harbour on Harbour Queen 1 was one of the vents, and made most of the above photos possible.]

This year the concentration was on Supply Chain Innovation, and various speakers emphasized the importance of cooperation and teamwork to make the shipping process more efficient.  This is also an occasion for the Port to celebrate its achievements and certainly the projected 17% increase in traffic this year is a major one. Last year the Port of Halifax's volume increased by 15% making it the fastest growing container port in Canada, although its total volume is still well behind Vancouver and Montreal.

Although the Port hinted at critical infrastructure changes using all of the harbour, that the  port is on the edge of something big and that it is time to take a big leap, there were no details. Perhaps this is a run up to the revelation of the Port's long term plan - let us hope so - it is indeed time.