With the opening of the enlarged locks in the Panama Canal earlier this year, ZIM has been bringing larger ships in. Theses ship, too large for the old canal, can now go transpacific and continue on through Panama to the North American east coast. 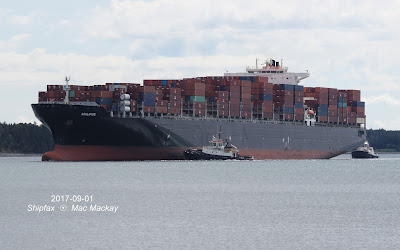 Built in 2011 by Samsung Shipbuilding and Heavy Industry Co in Koje, South Korea, the ship started life as Hanjin Spain under the Panamanian flag. With the collapse of Hanjin as a victim of the shipping recession, and declared bankrupt in February 2017, its ships were put up for sale. Capital Ship Management, owned by Evangelos Marinakis, snapped up five sister ships from the fleet. He acquired the former Hanjins United Kingdom, Netherlands, Korea, China and Spain for a reported $31mn [US] each, and arranged for charters to other lines, allowing them to replace smaller and less efficient (former Panamax) ships. 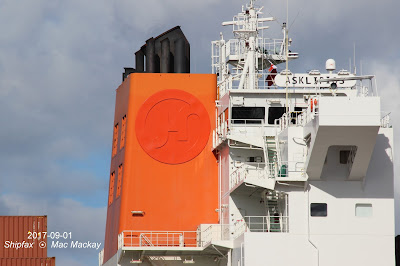