Contrary to my previous report Seaspan did express disappointment on May 23 when the federal government gave them a sixteen ship contract and stated that a third shipyard would be added to the National Shipbuilding procurement program. I don't follow the shipyard's press campaign, so missed their release of that date.

Not only will the feds give the polar icebreaker to an as yet undesignated third shipyard (which must be Davie since there is no other substantial Canadian shipyard) but there is still some question about just what Seaspan got instead.

The initial announcement was for sixteen "Multi-Purpose Vessels" but from what I can learn this is still somewhat vaguely defined, however it is supposed to be part of a complete rebuilding of the entire Coast Guard fleet. These ships were originally to be awarded to non-NSBS shipyards, but it is apparent that there are no non NSBS shipyards of any capability to do the work, aside of course from Davie.

Giving Seaspan 16 or so smaller vessels versus one larger vessel seems sensible to me, but Seaspan is calling foul about expanding the shipbuilding strategy to three yards from two. I don't see what they lose.

This kind of sour grapes reaction can be expected, but is still inexcusable. Expanding the NSBS to a third yard to develop an arctic icebreaker capability makes sense. The result will be three 'centres of excellence' - Combat (Halifax), non-combat (Seaspan) and Arctic (Davie). This seems a logical outcome from where Canada was before the NSBS - essentially at ground zero in terms of any serious shipbuilding capability.
(Davie's bankruptcy and rebirth as a viable shipyard was happening consecutively and was very much in doubt when the NSBS was originally formulated.)


So what does the Coast Guard have now, and what will it look like after this project? 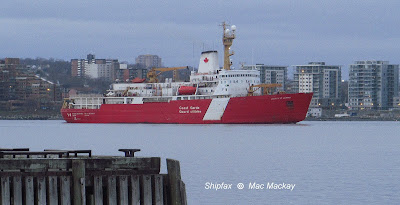 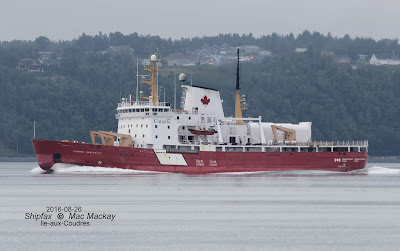 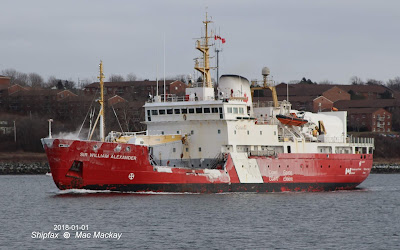 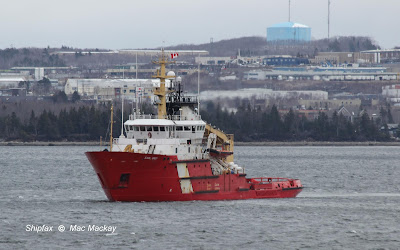 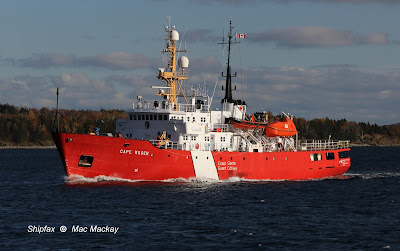 The plan as I see it:
Heavy Icebreaker
- the Polar Icebreaker is to replace the Louis S. St-Laurent
- A second Polar Icebreaker is needed to replace Terry Fox - Davie will certainly lobby for this - Mostly because of the limitations of the the ships in the next category.
It is also possible that a secondhand civilian icebreaker can be found as a replacement. There are couple of idle candidates. Other nations are building for the arctic: Russia of course, the US has finally agreed to build new polar ships and even China is now in the game.
If Canada is to be serious about the arctic it needs more than one polar class icebreaker.

Medium Icebreaker
It is apparent that the feds think that the three ex Swedish icebreaking supply vessels will be the long term replacements for the three current medium icebreakers.
The Vikings are as yet unproven in Coast Guard service in the far north and the three boats are smaller with more limited capabilities outside of icebreaking, such as science, policing, etc., Although the horsepower of the Vikings is greater:18,300 bhp vs 17,700 bhp, their gross tonnage is much less, 3382 vs 5,775. Breaking ice is not just about power, but also about mass and momentum.
Purpose built medium/heavy icebreakers would be a better bet, and will probably be tacked on for Davie after they finish the Polar.

plus:
Halifax Shipyard will be building the two Arctic Offshore Patrol Ships (AOPS) at the end of the RCN contract, and modified for the CCG. It is unclear how these fit into the plan, since they don't replace any ships in the current roster. Delivery for 2025, 2026?

but:
Arctic Science seems to have been left out of the equation, with no equivalent of Amundsen in the mix, which does double duty as a medium icebreaker.


High Endurance Multi-Task (HEMTV)(7)
These ships must do buoy laying, navaid maintenance, light icebreaking and SAR and pollution response.
Not currently listed specifically by Seaspan, but seems that Seaspan will get these.

Medium Endurance Multi-Task (MEMTV)(3)
All the same functions as above.
Seaspan will get these 3 ships. I am not sure what use medium endurance vessels are, when high endurance vessels can do the job, and offer a lot more flexibilty.
Last year Samuel Risley went to Greenland in the summer, but medium icebreakers were needed to open the Seaway and Great Lakes this spring because the MEMTVs could not do the job.


Offshore Patrol (OPV)(4)
Seaspan will get these replacements. Seakeeping is the primary characteristic of these ships for rescue work, and fisheries patrol/policing is the other role. Not the same specs as the above.
Maybe 4 ships?

Seaspan thinks they will be getting 16 or 17 ships to build, but I only count 14 from the above list. However their own website only shows ten ships and these appear to be patrol vessels. They list only Medium Endurance Multi-Task Vessels (MEMTV) and Offshore Patrol (OPV).

Lets hope the High Endurance class (HEMTVs) will not be watered down to MEMTV status.

Summary:
The CCG needs to replace 20 vessels including Amundsen.
So far:
Davie gets 4  -the one Polar (heavy) and the three ex Vikings (medium)
Seaspan gets MEMTVs and OPVs, maybe HEMTVs, total 16?

Then Halifax gets 2 AOPs, modified RCN design for CCG use, extra and above the current fleet.

However no specific mention is made of how the capabilities of Terry Fox and Amundsen will be replaced.

Maybe the debate for a second Polar Icebreaker will start after the election.