Despite its well publicized announcement that it would be bypassing Halifax, Atlantic Container Line's Atlantic Star docked at Cerescorp's Fairview Cove terminal today. 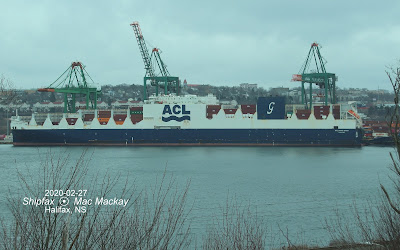 Some cargo that would normally be offloaded in Halifax will undoubtedly go on to New York, but cargo that can or must be moved by road was unloading here. 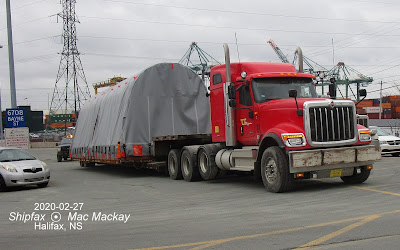 This included more aircraft fuselages from Belfast, Northern Ireland via Liverpool for Bombardier Aviation. (How much longer this trade will continue is unknown as Bombardier has reportedly sold the Belfast facility.) 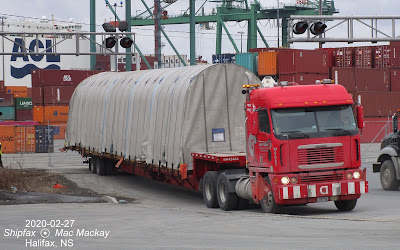 These components are too wide for rail transport, but travel by truck under special permit as oversize loads. Local company Mills Bros / Total Transport + Rigging works with the Quebec specialist operator Watson to move the units out of the terminal in a matter of a few hours.