It has been an unusual winter so far in Halifax Harbour. With generally above normal temperatures, and stretches of sunny days, one would be forgiven for claiming to detect spring in the air. 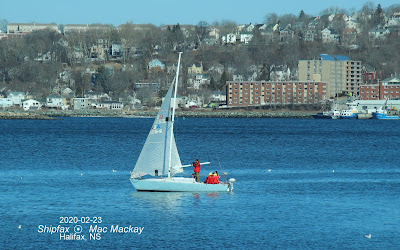 Today's sighting of a family out for a sail certainly could reinforce that sensation. Aside from a few bewildered gulls and an anchored tanker this small craft - which looks brand new- and bearing the sail number USA 2264- had the main harbour pretty much to itself.

Algoscotia is running a shuttle from Quebec for Imperial Oil and has been a regular caller this winter. 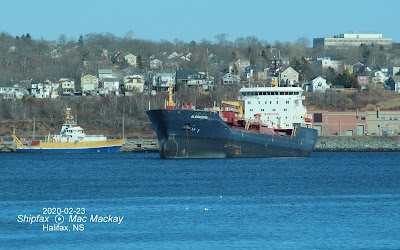 The Coriolis II is in winter layup at the Cove, while Algoscotia takes a break before heading back to Quebec.

There is lots of ice in the Gulf and ships heading a bit farther north are certainly encountering it, as well as colder air temperatures and freezing spray. 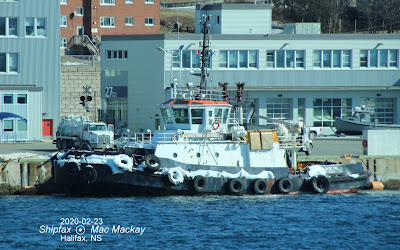 Atlantic Fir made some ice on the way down the coast returning from Newfoundland. However warm sun yesterday and today was making short work of it. 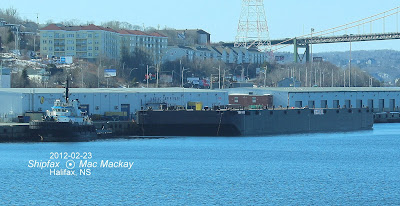 Just in from New York this morning, the tug Lois M and barge Tobias had no sign of frozen spray.