After yesterday's wind storm (with freezing rain, ice pellets and other delightful forms of precipitation) calmness returned today and several ships that had been delayed finally arrived.

One of these was Wilhelmsen's Theben which went to pier 31 first to unload machinery, then moved to Autoport with cars. 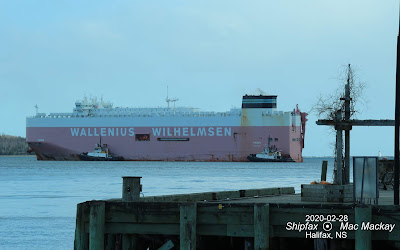 Still carrying the faded orange seen recently on Wilhelmsen ships, it will soon be getting the new colour scheme. 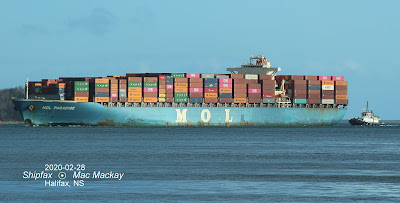 After bouncing around at sea last night MOL Paradise arrived this afternoon.

THE  Alliance must be confident of a firm resolution to the rail blockades. Some trains are moving but it will be some time before things return to normal. As of yesterday afternoon the Rockingham yard was empty. 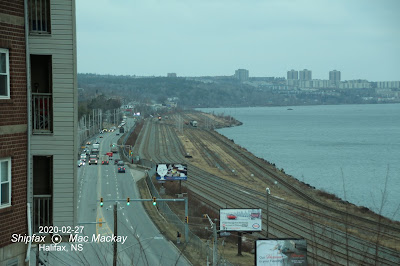 By this afternoon some outbound cars with ACL and other containers were being prepared for an outbound train this evening.

Other arrivals include Horizon Star returning from cable work on the Cabot Strait. 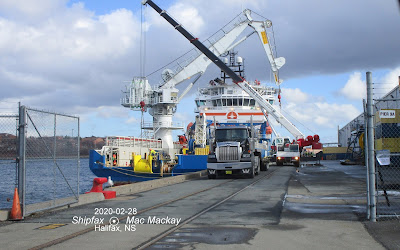 
Also noted at BIO is the fisheries research vessel Teleost. 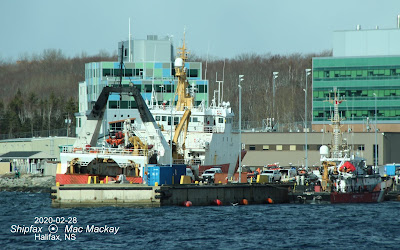 The ship is likely here as part of a decommissioning process, since its replacement Capt. Jacques Cartier is en route from North Vancouver, arriving in Miami, FL today. It likely be here in a week or so.

Also in Bedford Basin the tanker Inyala took up position in an anchorage after unloading at Irving Oil Woodside. 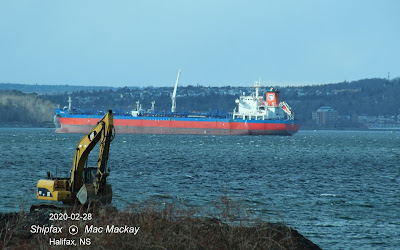 A digger continues to place fill off Africville for future pier extension.