There was very little activity in Halifax harbour today unless you count tankers. The central Canada rail blockade has choked off the container business, although Tropical Shipping's Tropic Hope was in today. Its export cargo arrived by truck, but even so a dozen or more trucks from Montreal couldn't make up for lack of rail traffic.

Algoscotia moved from anchor to Pier 9B where it sounded like some grinder or hot work was underway. 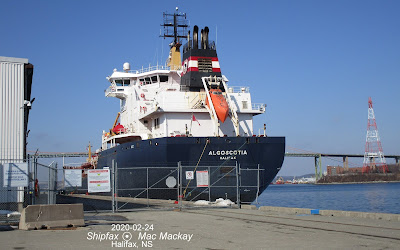 And at Imperial Oil dock #4 Eagle Bay, which arrived last night from Baton Rouge, was unloading its cargo.

Wall to wall autoracks idled by the rail blockade fill the sidings near Imperial Oil. 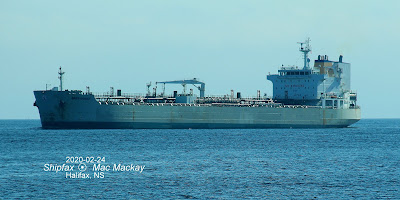