After last night's tremendous wind storm, with gusts in the 100 kph range, and freezing rain, shipping ground to a halt. Ships remained in port or put out to sea, but began to arrive and depart again this morning.

Despite the high winds, Halifax harbour was the best place to be last night. Asian Moon had completed unloading its cargo of nickel concentrates from Cuba, and remained in port overnight before setting out for Europe this morning. 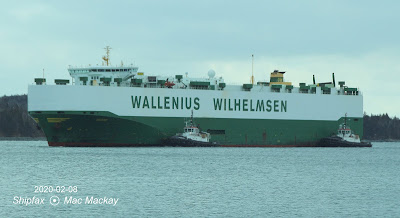 Undine had been in port yesterday unloading cars at Autoport. That jetty was not a safe place to be overnight, so it put out to sea before returning to port this morning. It then went alongside pier 31 after Asian Moon sailed to discharge some wheeled machinery. It must have been an uncomfortable night at sea.
[Note the upside down W instead of an M in the banner - not the standard marking.] 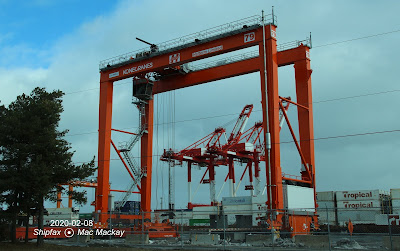 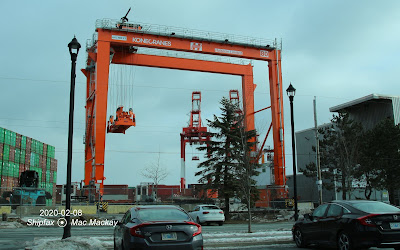 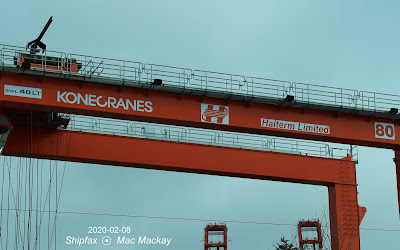 The new RTGs, numbered 79 and 80, appear ready to work. Since they were initially ordered before the terminal was sold by Macquarie to PSA it seems reasonable that the Halterm name was originally specified.
PSA has a new logo for PSA Halifax, so perhaps it will go on when weather improves. 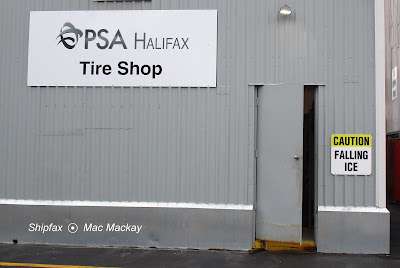 Falling ice may be something new for a Singapore based company. Time for snow tires?