The tanker Elka Nikolas completed discharging its cargo of refined petroleum products at Imperial Oil and sailed early this afternoon. 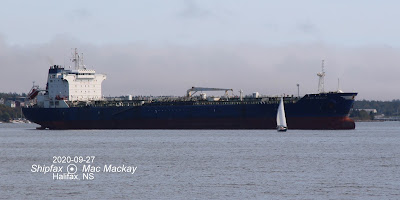 A 27,542 gt, 44,787 dwt ship, it was built by Brodospas, Split, Croatia in 2001. Soon after completion it was renamed Fusus for a charter to Shell International Trading and Shipping Co (STASCO). In 2009 it returned to its original and current name and now operates for European Product Carriers.

The ship arrived in Halifax September 25 from Antwerp, the favoured port for Imperial Oil imports, and gave Amsterdam as its destination on departure. 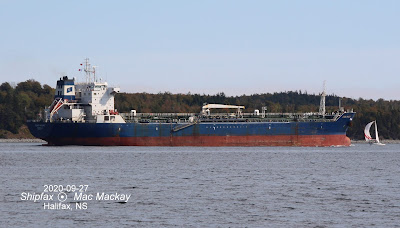 Once again today there were scores of pleasure craft in the harbour squeezing the last few days out of the boating season.
.