End of the Road for Salarium

The bulker Salarium has reached Aliaga, Turkey today on the end of a tow line and will soon be reduced to scrap. Renamed Sal for the trip across the Atlantic, the ship left Montreal October 27 in tow of the tug/supplier Thor I. 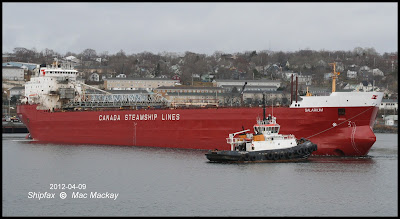 Emerging from drydock at Halifax Shipyard, with a fresh coat of paint, the ship's unusual bulbpous bow is fully exposed.

The ship was a periodic caller in Halifax from the time it was built in 1980 as Nanticoke until 2009 when it took on a charter to carry salt and became Salarium. It then stopped carrying grain, and its visits here were less frequent. 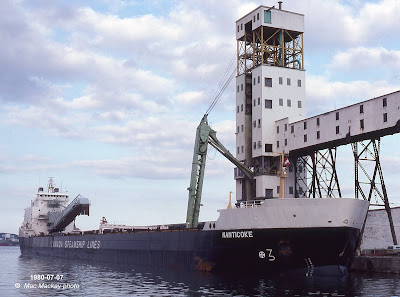 Unloading grain the old fashioned way, using the grain leg.There is now a hopper arrangement that allows self-unloaders to use their own equipment.

Salarium made its last visit in November 2019. It was laid up in December 2019, and aside from one last non-revenue trip from Toronto to Montreal earlier this year. Its last paying cargo was the load of gypsum out of Halifax for Hamilton, ON. 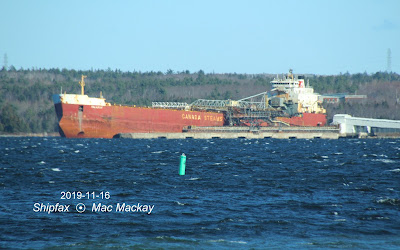 The ship's last load out of Halifax, and its last cargo, was taken on at Natkional Gypsum, just over a year ago.

Although thoroughly modern when built, The ship was replaced by the Trillium class ships which have greater carrying capacity and are more efficient . Salarium was among the dwindling number of Canadian built merchant ships.