The Bedford Institute has a full house for the holidays and as a result is farming out some of its craft to other locations in the harbour. The Canadian Coast Guard in Halifax has added two ships to its fleet this year, with no retirements, so far, so space is at a premium.

CCGS Hudson returned to port December 4 for winter layup and will be in refit until the end of March. A cocoon has already been installed to permit some sort of climate controlled work on her decks. 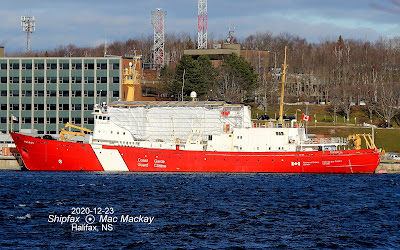 The CCGS Alfred Needler is idle for Christmas, but not undergoing any specific major maintenance, so has taken up temporary residence at Pier 9. 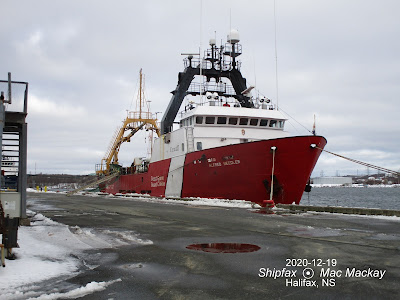 Despite delivery of new vessels, Alfred Needler is scheduled to remain in service for some time to come, and in fact was scheduled for drydocking this month.

Also at BIO is CCGS Jean Goodwill, recently delivered, but not in full service yet. That may not happen until after March 31, so it will need to be alongside a lot until then. 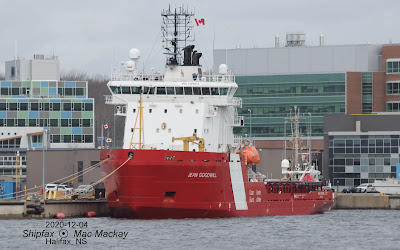 Also the Capt. Jacques Cartier will be in port over Christmas, taking up some more dock space. Most research vessels do not go to sea during the holidays. 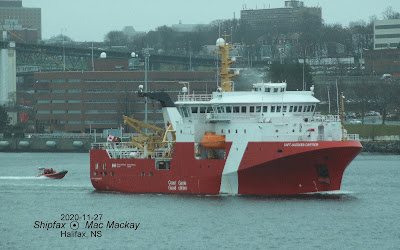 Even with the additional ships, BIO is still down two vessels from normal strength. CCGS Edward Cornwallis is in Vessel Life Extension at Shelburne and CCGS Earl Grey is in drydock in St.John's.