Another MSC ship arrived in Halifax today. This one is a first time caller, unlike the December 12 arrival MSC Brianna which was here before August 24. 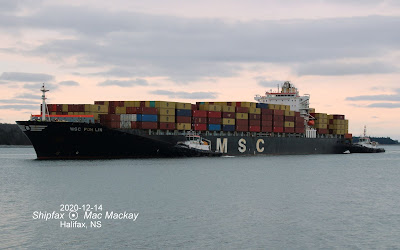 I took the pictures from the newly opened walkway on the extended Pier 42 at PSA Halifax. I am grateful to have access once again after a year, during which it was closed for rebuilding. 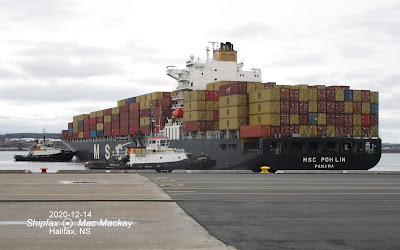 The new walkway gives a much closer view of ships, compared to some other vantage points, such as the one I chose for the arrival of Carmen a short while later. 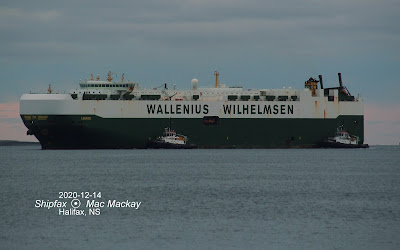 Built by Daewoo, Okpo in 2011, it is a 74,258 gt, 31,143 dwt ship with a capacity of 7,934 cars (RT43). Its name is not a pun but follows the Wallenius practice of naming ships after operatic characters.
MSC on the other hand selects women's names for its ships, but as far as I know they are generic, not recognizing any specific person.
.