Tankers from the Russian Sovcomflot (SCF) are fairly common sights these days. This is not particularly surprising as the 143 strong fleet, totaling more than 12,5 million dwt trades internationally on the world's seas, like any other public company. Today, June 23, SCF's Tavrichesky Bridge sailed for Saint John, NB after discharging a partial load of refined product from Amsterdam and Irving Oil, Wooodside. 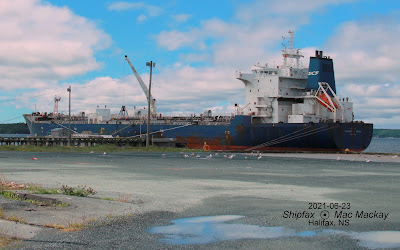 Named for one of the most famous architectural wonders of St.Petersburg (Tavrichesky Palace and Tavrichesky Garden) , the ship was fittingly built at the Admiralty shipyard in the same city in 2006. It is a 27,725 gt, 96,697 dwt ship of the MR2 type. 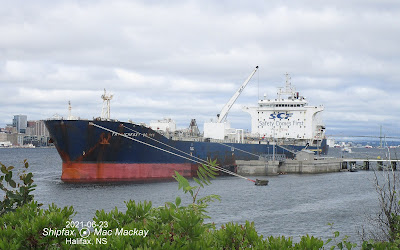 The ship arrived in Halifax June 21 and is due in Saint John on June 24.