The Polar Prince, a former Canadian Coast Guard icebreaker will be embarking on a third career following its recent sale to new owners. 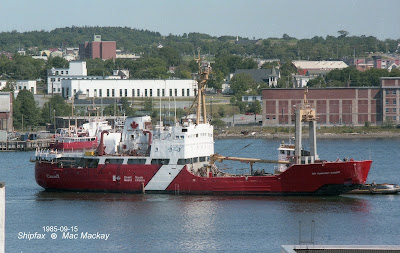 CCGS Sir Humphrey Gilbert emerging from Halifax Shipyard with a new bow in 1985.

Built in 1959 by Davie in Lauzon as CCGS Sir Humphrey Gilbert, it received a major rebuild at Halifax Shipyards in 1983 when it was given a new, stronger, bow. It was declared surplus in 2001 and renamed 2001-06 until  sold in 2002 and renamed Gilbert I and soon after, Polar Prince. Since then it has engaged in a variety of work in the north including seismic research, and the notable 2017 C3 Expedition. 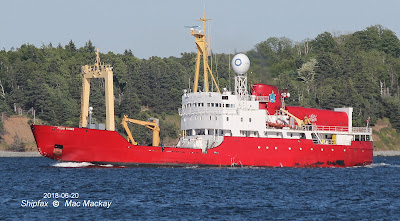 It was announced earlier this month that the ship has now been acquired by Miawpukek Horizon Maritime Service Ltd, a joint venture between Horizon Maritime and Miawpukek First Nation.  The company has engaged in training Indigenous cadets as seafarers on its offshore supply vessels.

It has now been announced that the ship will be assigned to a three year charter to the SOI Foundation to provide a base for education, research and ocean conservation. The ship will host programs for youth and educators particularly in the polar regions. See this link:  SOI Foundation 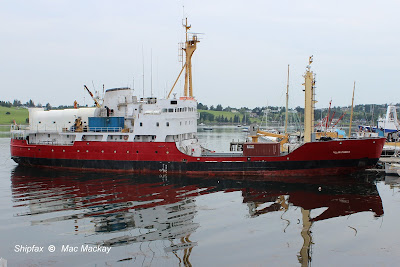 Under previous owners, the ship was based in Lunenburg, NS, but is now in Mulgrave, NS, and is expected to receive a major refit before embarking on its latest career.

I have posted about this ship at least ten times. Enter "Polar Prince" in the search box to see those posts.

Not included in those posts is this photo: 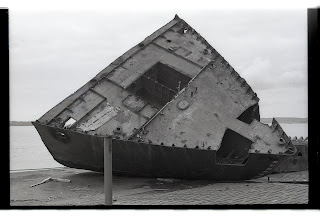 The ship's old original bow was removed, and barged to Dartmouth where it was broken up for scrap.