The Canadian flag cement carrier NACC Capri paid a return visit to Halifax, arriving last evening February 12 and sailing this afternoon February 13. The ship was last here in January when it was returning from refit in Setubal, Portugal, arriving January 3. 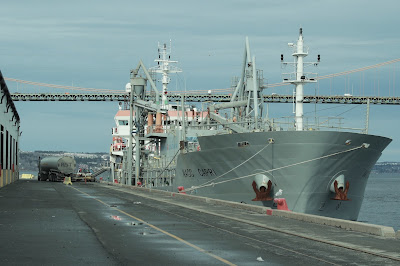 On this visit to Halifax the ship took bunkers at Pier 9B. The fuel was delivered by truck.

I would think a ship with as much "top hamper" of self-unloading gear above deck, would need to be very cautious about sailing in conditions of freezing spray. The weight of ice, high above the waterline, could effect the ship's stability. 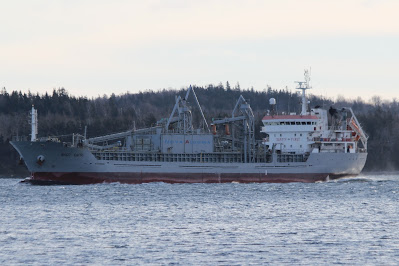 Photographed on its previous arrival, January 7, 2022, NACC Capri in ballast.