ZIM Vancouver - still out there 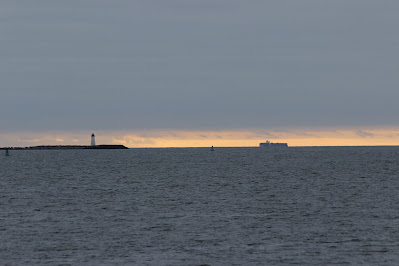 The container ship ZIM Vancouver arrived off Halifax February 5 and as of today (February 15) it is still there. The Port of Halifax website shows an original ETA of February 11 and a new arrival date of February 23. That 14 day interval looks very much like a quarantine period, but there has been no official mention of that, nor would I expect one. The launch Halmar visited the ship on February 10. 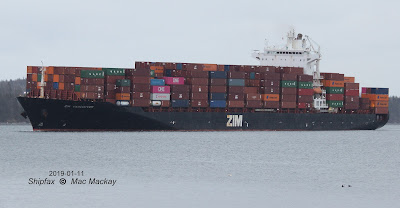 I have posted about the ship on this blog many times before: