Star Pyxis - leaves with a souvenir 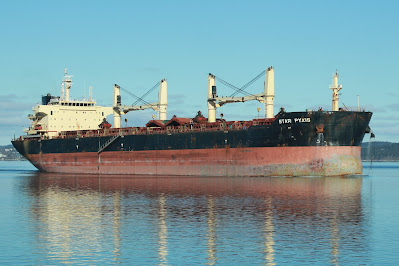 The ship carried with it - at least for a time - a souvenir of its visit. Draped from its port anchor was a large gob of prime quality Halifax mud and some old wire, dredged up from the anchorages. (The ship had to re-anchor at least once when it began to drag anchor in high winds.) 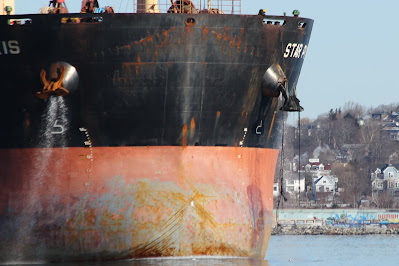 The harbour bottom is littered with the detritus of centuries, including wire, chain and other jetsom. It is not unsual for ship's anchors to foul something and it may require assistance from divers or others to free the material.

In the case of the Star Pyxis, the ship's own crew were working with a chain and grapple attempting to remove the wire.