From the Files - CCGS Ann Harvey 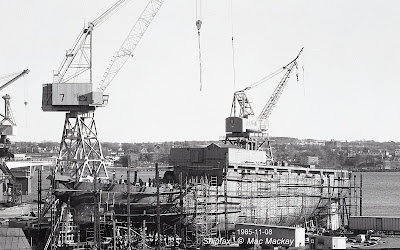 Hull 72 at Halifax Shipyards was assembled on the ways. 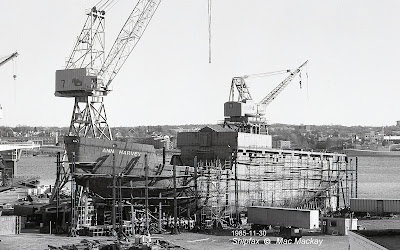 The ship's engines were installed after launching, and then the superstructiure was assembled.

It was not until July 17, 1987 that it was commissioned and stationed in Newfoundland. 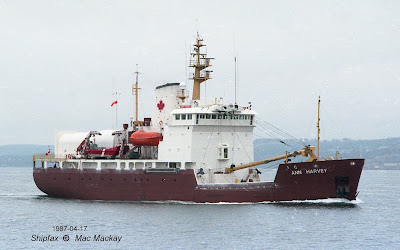 With its hull still in primer paint, Ann Harvey conducts sea trials in the spring of 1987.

On April 1, 2015 it touched bottom near Burgeo and was holed. The vessel took on water in its propulsion motor room and received extensive damage.(It is powered by three 16 cylinder Alco / Bombarder / MLW main engines driving three 2100 kW generators powering two electric motors.) It was then towed to St.John's by CCGS Teleost for repairs at Newdock.

As a high endurance multi-task vessel its 8200 mile range allows it toserve the area between Cape Freels and St.Anthony and up to 200 miles offshore, however it can respond to SAR missions to the mid-Atlantic.