The container ship HH Emilia sailed at 2330 hrs December 23 after unloading about 2,000 containers at Halterm [see previous post] .It also loaded (or re-loaded) a number of Hamburg-Süd containers, that are probably empties. 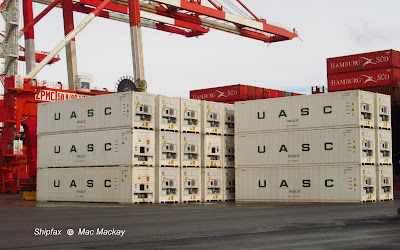 Among the boxes unloaded was this stack of shiny new United Arab Shipping Co reefers. 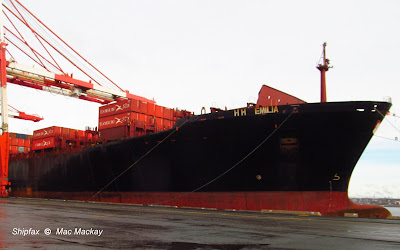 The ship went out to anchorage number 10 in Bedford Basin the evening of December 22, without a working bow thruster, but that now seems to have been corrected, since only one tug was required for departure. (Atlantic Oak performing its usual tethered escort task though the Narrows.). 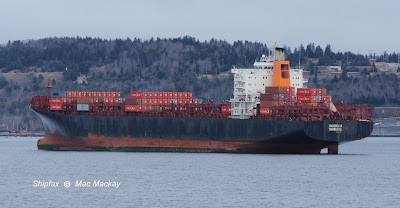 HH Emilia was a  forlorn sight this afternoon, and very high out of the water.

Marine Traffic gives its destination as Port of Spain, Trinidad.