When Newfoundland joined Canada in 1949 its railroad was taken over by Canadian National Railway (CNR) which was then a crown corporation. The CNR also took over coastal steamship operations including the Gulf ferry service. The CNR thus had a presence in all ten Canadian provinces as a matter of government policy.

Canadian Pacific Railway (CPR) on the other hand, had no presence in Prince Edward Island or Newfoundland. CPR was a private corporation and had to show profitability to its shareholders and did not have to venture into these areas unless there was money to be made.

In 1971 both CNR and CPR were competing to deliver new automobiles to Newfoundland. An estimated demand of 15,000 cars per year was the attraction. (Newfoundlanders must be incredibly hard on cars! That works out to one NEW car for one out of every 46 Newfoundlanders). CNR was using its North Sydney to Port aux Basques ferry service, but this was very inefficient, since most demand for new cars was in the eastern part of the Province. When Autoport opened in Halifax in November 1971, CNR finally had a more effective way to ship automobiles to Newfoundland.

That is not to say that the CPR did not put up a fight for a time. CPR had contracts with GM and Ford to ship new cars from Saint John direct to St.John's. They chartered a pair of RoRo ships. Renamed RoRo New Brunswick and RoRo Newfoundland, for a time, but they were only able to carry automobiles and could not carry trucks or general freight. 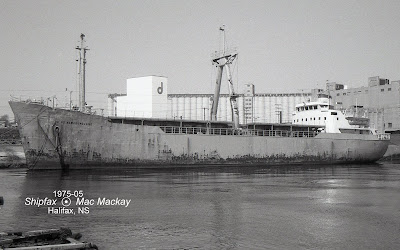 The two ships, equipped with bow doors, were built originally for the Swedish owners Olof Wallenius. They were equipped with hatch covers and masts for derricks in case they didn't work out, and could be converted to general cargo ships. They had a capacity of 240 cars. 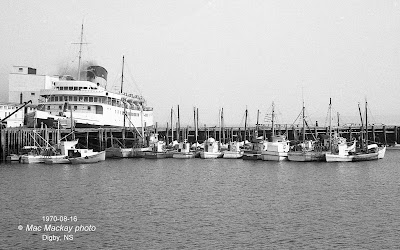 The first Princess of Acadia was much more comfortable running between Digby, NS and Saint John, NB as a passenger and vehicle ferry.

CPR then moved to convert the ferry Princess of Acadia (i) (ex Princess of Nanaimo) and renamed it Henry Osborne. It was capable of carrying trucks, and with its passenger amenity areas converted to car decks its capacity was increased from 120 to 225 cars. However it was not a real ocean going vessel, and it had a hard time keeping up a weekly service to St.John's and Corner Brook. It entered service in November 1972 but was not a success. It finally ran aground while returning to Saint John May 16, 1973 and was sold for scrap.

Autoport and CNR now had the Newfoundland car business to themselves.