No Mist for this Gorilla 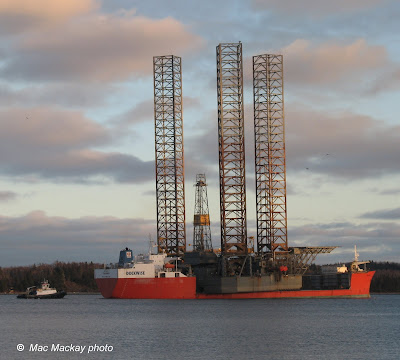 3. Triumph and Rowan Gorilla III finally outbound for sea. The ship is trimmed by the stern. 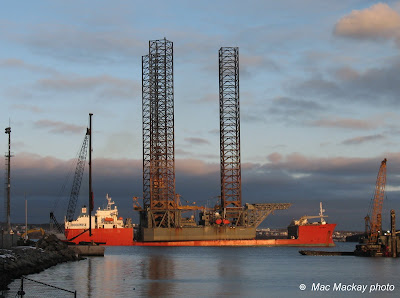 2. Passing Halterm, the size of the rig is apparent. A small auxiliary wheelhouse is fitted on the ship's forecastle to allow visibility when carrying large loads. 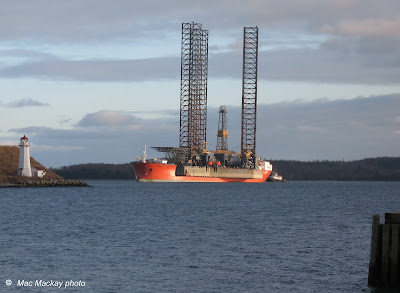 1. Weighing anchor, the tug Atlantic Oak will assist in turning the ship in the anchorage area.

I was hoping for a misty day so that I could paraphrase the title of Dian Fossey's book Gorillas in the Mist when Rowan Gorilla III left port, but the sun broke out just as her heavy lift carrier Triumph got underway late this afternoon.
It is difficult to visualize the scale of this immense rig, and the size of ship needed to transport it, but as she passed Halterm, some of the dredging equipment in the foreground gives some idea.
The tug Atlantic Oak escorted the ship outbound with a line up on the stern, just to ensure that it was able to turn in the anchorage, and to stay in the channel outbound.
.
Posted by Mac at 9:02 PM